The National English Schools Table Tennis Tournament is a series of competitions, played in stages, where teams from all the schools in England battle out to see who the best players are. Once again, London Academy, previously winning the national title in various age categories from 2009-2016, have shown their dominance in the 2018 London Schools Finals.

Their new generation of players are heading towards the path of representing England in the World Schools Championships, where the previous teams have competed in 2014 in France and in 2016 in Israel.
Following their North London English Schools qualifiers first place, London Academy’s success have followed them in the Jack Petchey London Schools finals on the 13th of January 2018. London academy have gained gold medals for both boys and girls in the most challenging event of the competition: the Under 16’s age category.

Representing London Academy in the Under 16 boys’ event were: Valerio Bucci, Yacine Boubekeur, Mihnea Dascalu, Shikhar Pandey, Demi Oluwamayowa and Josh Jackson. The team showed outstanding performance, annihilating the Whitgift School 7-1 in the semi-finals, with Bucci comfortably winning both his games 3-0. Demi Oluwamayowa excelled in his first ever taste of competitive table tennis; having lost only 2/10 matches through the course of the day! They progressed to the final where they maintained their dominance, overcoming Ernest Bevin School 6-2. 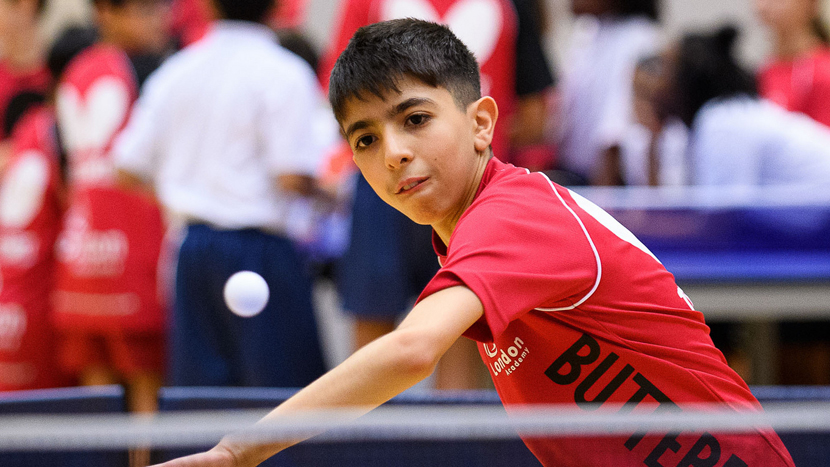 The under 16 girls’ team had also been dominant in the competition. The leading two players, Natalia and Patricia Ianau, were cruising through their all matches 3-0. Iulia Micu, at number 3 in the team, had only closely lost her first match 2-3. Following this defeat, she retaliated and had no losses for the rest of the day. The number 4 position in the girls’ team was shared amongst three younger players, who had only been playing for a few months. Zainab and Feruz Abdullah and Stinnet Aziza from year 7 had played some exceptional table tennis and are hopes to continue London Academy’s reign in the future. 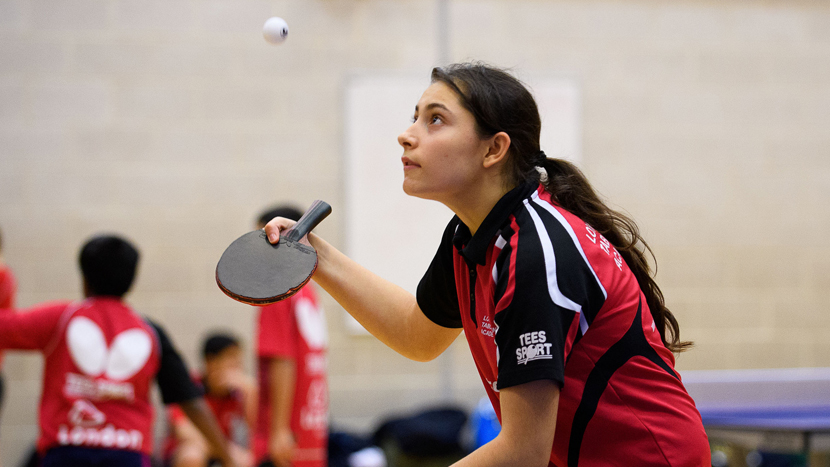 Now for the Under 13’s age category, where the competition was tough for both the boys and girls teams. The boys’ team, consisting of Octavian Aparaschivei, Sajad Ali, Robert Ionascu, Alex Armah and Hatam Sakhi put some exiting and tense matches on display as they battled out to the semi-finals. London Academy just missed out on 3rd place to Tiffin School, who took the victory 5-3. For the girls under 13’s team, it was Leena Kadi, Diora Krasniqi, Kimberley Gomes and Lillie Mae from year 7 who took the team to fourth place!

The girls played with a good understanding of tactics and showed great improvement through their competitive experience. All the players showed great sportsmanship, including Hatam Sakhi, who was very supportive to the under 13 and 16 boys’ teams throughout the day. We congratulate the successful champions and wish them to gain many more successes in the future with London Academy.