Harry Derecki, Ashburnham Primary School’s indefatigable No1 table tennis star has been given a call up for his first international duty at the weekend when he was selected to play for the English Schools National Primary School team in the Home Nations Championships in April.

Having only lost one match in last year’s ESTTA Championships, and unbeaten so far in this year’s tournament, Derecki has established himself as one of the most promising youngsters on the English Under 11 table tennis scene. Last year he led his Ashburnham team to a national silver medal, and this year he seems equally determined to replicate that success. Having an all round game and capable of switching from attacking to defensive mode at a moments notice, Derecki has become a handful for even the most experienced of opponents. 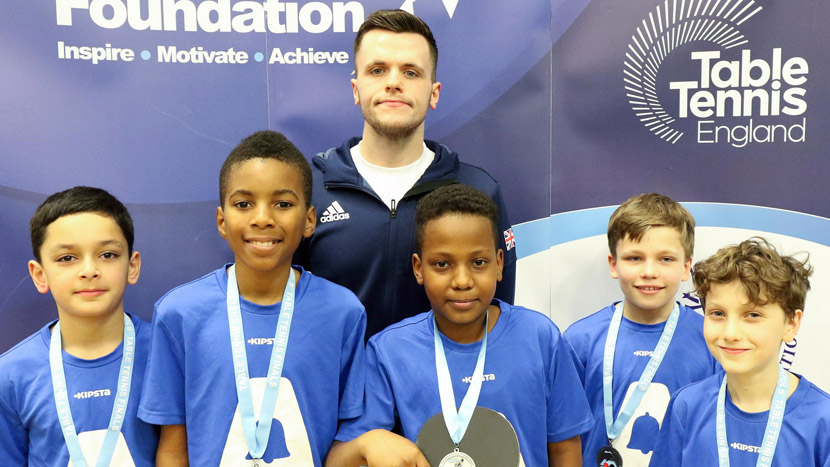 Jon Kaufman, Manager at the West London Ping project and coach at the Fox-Ashburnham Federation, had nothing but praise for the young Derecki, citing both his commitment and determination to succeed as his two key qualities. But, says Kaufman, Harry is also a magnificent team player, willing to both coach and support his fellow team members. Hopefully these admirable characteristics will be on display when he dons his England T-Shirt in April.

On the domestic front, all West London PIng players should double check their diaries as the tournament season fully resumes after the Winter break. This Friday (3rd Feb) sees the ESTTA Central London Individual Qualification tournament for the Under 11’s. The Under 13’s will be action on the following Friday 10th Feb and the Under 16 &19’s playing on the 24th Feb. All matches are at the Chelsea Academy SW10 0AB. Registration and practice open from 4pm. Matches start promptly at 5pm

In addition to the ESTTA tournaments, Saturday 4th Feb sees the second round of the national Junior League at the London Academy in Edgware. (HA8 8DE) All players to be there before 9am.

Finally a reminder that the South of England ESTTA Championships are being held on the 4th & 5th March. Double London Champions, Barnes Primary, will be in action in Bournemouth (BH7 6NZ) on the 4th March, and both Ashburnham teams will play in Bristol (BS34 8LP) on Sunday 5th March. Remember, only the winning teams progress to the finals in Hinckley, so practice regularly and practice with intensity