It was a great day for West London Ping, especially for the Chelsea Academy and Barnes Primary. Once again WLP had by far the largest contingent, with a squad in excess of fifty youngsters. In addition, four of our senior players, Parsa, Ghassan, Kingsley and Brandon, were busily engaged in working through their Level 1 coaching qualification.

On the playing front, Chelsea Academy won divisions 5,6a & 6b) whilst Barnes Primary stormed to yet another promotion in Division 4. So it’s hearty congratulations to the Chelsea Academy squad: Thomas, Mark and Eisah (Div 5) Waqas, Samuel OB, Samuel M, and Ayub  (Div 6a) and Sky, Jibreel, Theo, Harry, Ezana, Adam and Russell (Div 6b) for a wonderful collective performance. Special mention to Adam for his 100% record and to Thomas for leading Chelsea to their third consecutive promotion. 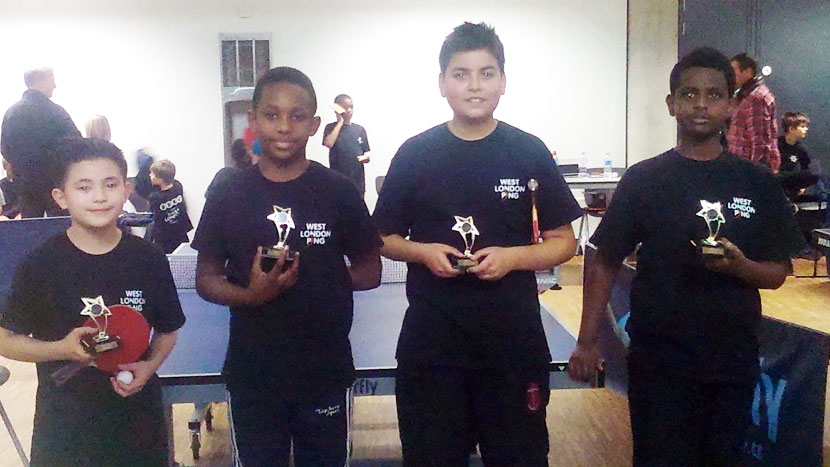 Special congratulations also to the young Barnes team: Ed, Trishton and Mo, for their superb team performance – a most encouraging promotion winning display on the eve of their important ESTTA South London qualification tournament. It will take a great primary School team to halt the progress of this battle hardened squad. The Barnes Girls (Annie, Riva, Lauren,Hannah and Pippa) also showed a steely determination that should hold them in good stead for the coming ESTTA Championships. 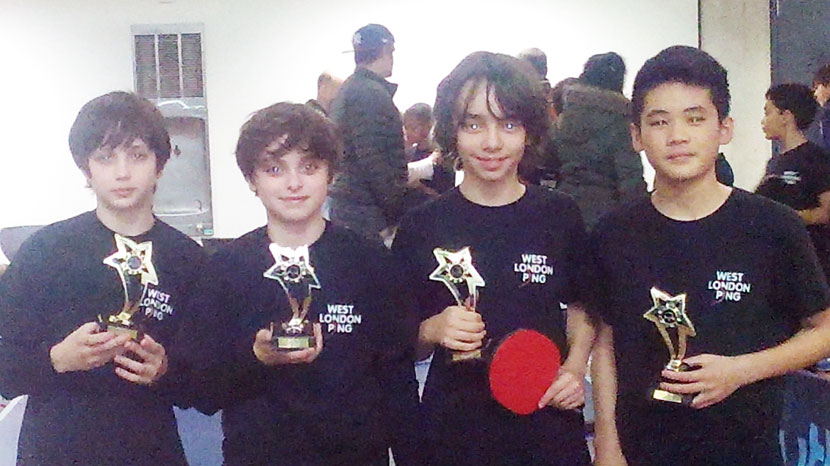 The Ashburnam boys, ( William, Mo, Zayne and Freece) playing without their number one star, put up a great fight to claim the runner-up trophy in their division. Having taken the national silver medal in last year’s ESTTA Championships, they will be hoping to reach the national finals once again, and based on this performance they have every chance of succeeding. 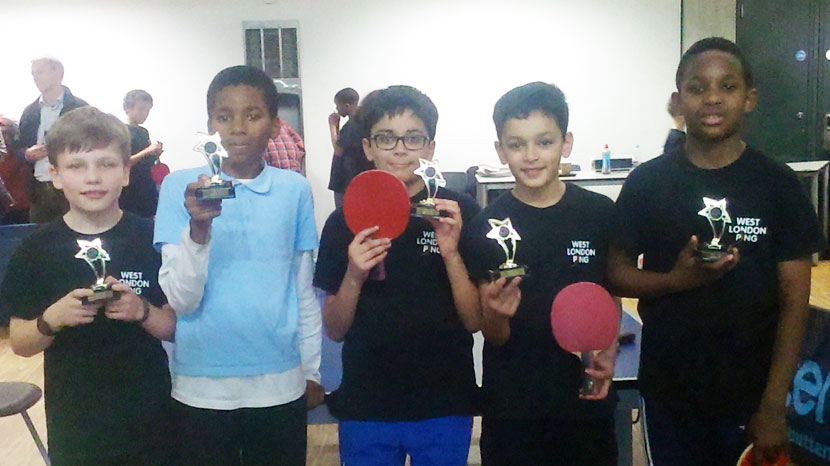 In the higher divisions the going was tough as all the WLP teams had been placed in divisions well above their expected level. But Harry, Charlie and Shahinur (Div 1); Arianna, Marco and Francesco (Div2) and Valentina, Nadia and Louise (Div 3) put in superhuman efforts to compete in their respective divisions.They showed no fear! Special mention should go to Francesco for his outstanding resilience in Division 2 and of course to Year 6 Harry, for flying the flag for WLP in Division 1.

This first Round of the National Junior League also saw the participation for the first time of the William Hogarth Primary School team, and although not amongst the winners this time around, their two teams showed real determination in the face of much older and more experienced opposition.

Many thanks to the WLP coaching team; Charleigh, Eamon, Maggie and Natasha, and of course to all the parents who gave up their time to ensure the day went smoothly.

The next round of the NJL is on the 4th February but the next big tournament for West London Ping is the Jack Petchey All-London Schools Finals on the 14th January at the University of East London.

Best Regards to all. JK