Another national schools tournament and another glorious national medal for West London Ping. This time it was the Barnes Boys team that delivered the goods with a fiercely fought battle between them, local rivals Ashburnham Primary and two teams from the north of the country; Great Wood Primary from Lancashire and St Peters Academy from Nottinghamshire.

The margins were tight, very tight, but on this occasion Barnes took the bronze medal after achieving a win, a draw, and a nail-bitingly close 5-3 loss to the eventual winners.

For Ashburnham, they had to settle for forth best in the country compared to their glorious second place last season. But what can be said without equivocation is that the Barnes and Ashburnham teams gave their absolute best in every game. So to Ed, Trishton, Cameron, Mo, Qais, Harry, Mohammed, William, Zayne and Uwab, a massive well done.

And for West London Ping, it was a special triumph and pleasure to have two schools participating in the one event. And we should add that this was not the first time this has been achieved. In the two previous years, Fox Primary and Barnes Primary both had their girl’s teams competing in the national finals and it’s good to remember that on one of those occasions WLP walked away with both the gold and silver medals. Of course winning national medals is great but participating in these tournaments is really what it’s all about. Although this year the WLP girl’s teams were not strong enough to reach the national finals, the fact that both Barnes and Ashburnham reached the South of England Championships was a massive and very satisfying achievement – one that I suspect the players will remember for many years. 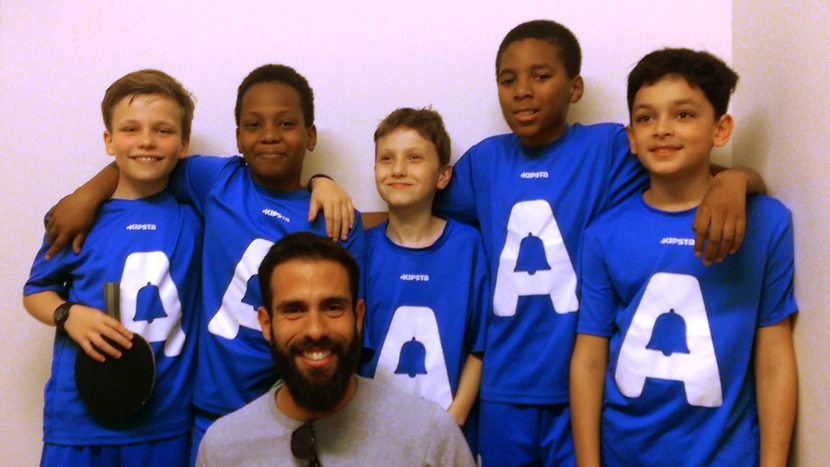 For the Ashburnham players, it is very likely that they will reconvene at the Chelsea Academy next season to compete in the Under 13 event. Training has already started for this exciting project.

While on the subject of participating, I should like to recall a heart-warming moment that occurred just outside the main hall on Saturday. One of our young players was feeling particularly distraught having narrowly lost a key match. At this moment one young female player from one of the Greenhouse teams saw what was happening and sought to lend him some comfort. She reminded our player that merely having reached this stage of the competition was triumph enough, and that he should take great pleasure in this wonderful achievement. I don’t know who that player was, but whoever you are, may I offer you our heartfelt thanks. Your intervention was much appreciated and entirely in the spirit of the competition.

The season continues at a cracking pace. The 8th of April sees the fourth and final round of the National Junior League in the London Academy. This round takes place in the middle of the Easter holidays so if you are going to be away or unavailable please let us know ASAP.

Two of our teams were promoted from last round so we can expect some very challenging matches in this final round. Missing from the tournament will be Harry Derecki who will be away in Cardiff representing England in the National Schools Home International Championships. We wish him and the team well. And on the 26th April Harry, Hadil and Arianna will be competing in the English Schools Individual Championships. Again, good luck to all three players

As usual a gigantic thank you to the team of coaches, parents and supporters, particularly to Alvaro, Eamon, Maggie and Jan. It was an effort well above and beyond the call of duty.

Practice resumes this Friday at Chelsea Academy and then will break for two weeks over the Easter holidays.